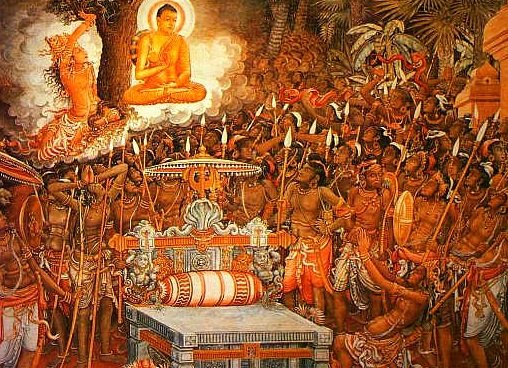 The month of Bak (April) is prosperous and festive.

Bak is not only a month of prosperity and festivity it is of great religious importance for Buddhists. It was on the Poya day of Bak (Bak Poya) that the Buddha paid his second visit to Sri Lanka during the fifth year of his enlightenment. He was residing at the Jetawanaramaya in the city of Sravasti in India.

At the time a dispute arose between two Naga kings of Sri Lanka, Chulodhara and Mahodara. Mahodhara was Chulodhara’s uncle and Father-in-Law. Chulodhara was Mahodara’s sister’s son and was married to his daughter who died.

Mahodhara asked Chulodhara to return a jewelled throne that had been part of the late princess’s dowry. Chulodhara did not do so and the dispute dragged on for a few years and finally resulted in both Naga kings preparing to battle it in Nagadeepa.

As the Buddha reached Nagadeepa he realised that the battle-hungry Nagas would have to be tamed. He performed some miracles (prathiharya) while still being in the sky. First, he made the whole area dark and then made the area glow with bright light. The Buddha made rays of six colours appear from his body. The Naga kings and their followers spelt the idea of battle and embraced Buddhism.

King Chulodhara and King Mahodara offered the jewelled throne to the Buddha. The Buddha preached the Dhamma and told the Nagas about the evil of enmity and hatred and the great benefits of unity and peace.

The Buddha did not accept the jewelled throne and the Naga Kings built the Rajayathana stupa and enshrined the throne in it. The ManimekalaiI refers to this throne. Also, present here was the Naga King of Kelaniya, Maniakkhika an uncle of Chulodhara and Mahodara. He too became a Buddhist and invited the Buddha to his Kingdom, Kelaniya. The Buddha accepted and this is how the Buddha’s third visit occurred later.

The Mahavamsa refers to this battle and the Buddha’s visit to bring about peace on Bak Poya day.

The Nagadeepa Purana Rajamaha Vihara is on the island of Nainativu off the Jaffna peninsula in Northern Sri Lanka. It is one of the Solosmasthanyas or sacred places of Buddhist worship in the country.

Nainativu or Nagadeepa is the smallest island in the Gulf of Mannar and is about 30km from mainland Jaffna by sea or land. The temple is important to Buddhists as it is the place visited by the Buddha on his second visit to Sri Lanka to make peace between two warring Naga kings.

The temple was built by them to pay homage to the Buddha and to prevent a destructive war. South Indian pilgrims are supposed to have visited Nagadeepa as far back as the first century BC.

In Ptolemy’s map named ‘Taprobana’ (140 CE) Nagadeepa is named Nagadiba.The second century Tamil epics of the Jain sect and the Buddhists, the Kundalakesi and the Manimekalai refer to Nagadeepa as Manipallavam of Nakativu/Naka Nadu. The Mahavamsa refers to the war of the Naga kings over the jewelled throne.

Historical records also show that this temple was developed and reconstructed by King Devanampiyatissa and King Dutugamunu. In the year 1931, a Buddhist Thera from Southern Sri Lanka visited Nagadeepa. He was Ven. Randombe Somatissa Nayaka Thera from Ambalangoda. He saw the ruins of the temple stupa, the Rajayathana Stupa and identified it as the stupa where the jewelled throne gifted by the Naga kings was enshrined. The Thera restored the temple with the help of donors. 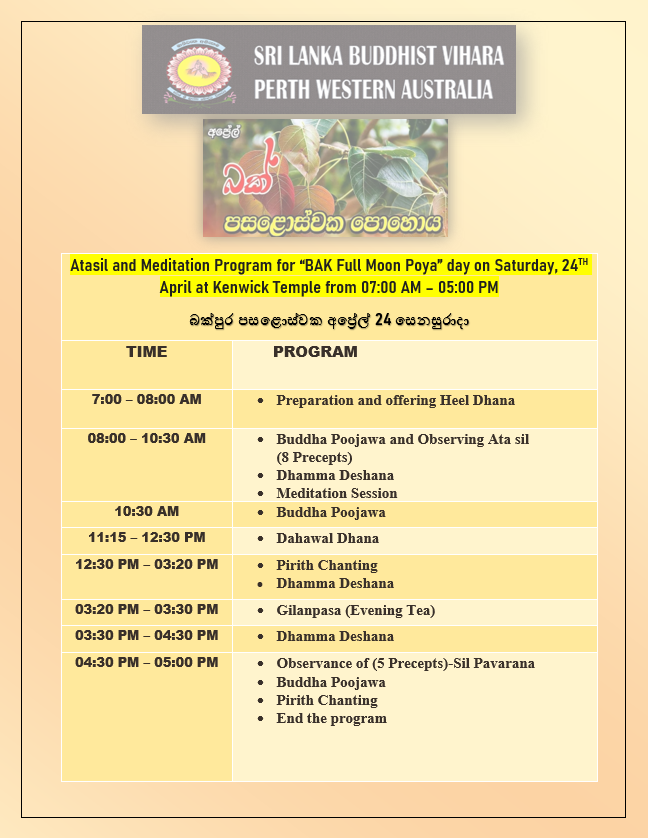